This wiki currently has 293 articles and 880 pictures.
Warning: the wiki contains unmarked spoilers.

About
Marvel's Spider-Man Wiki is a comprehensive database focusing on the Marvel's Spider-Man video game series developed by Insomniac Games, and released exclusively on the PlayStation 4 and PlayStation 5. The wiki is a collaborative community that anyone can edit, dedicated to collecting all information related to the franchise, such as the storyline, gameplay, characters, locations, and more! See here for more details
Contents 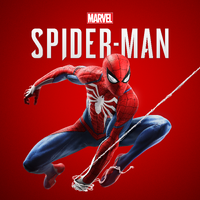 The game follows Peter Parker, a 23-year-old college graduate and lab assistant who gained superhuman abilities after being bitten by a radioactive spider. Peter is in his eighth year of crime-fighting under his super heroic alter ego of Spider-Man, who has become highly experienced at this point, but struggles to balance his superhero and personal lives.

Marvel's Spider-Man is an open-world action-adventure title that allows the player to control Spider-Man throughout Manhattan, New York City. Spider-Man fights enemies with his brawler moveset and a wide array of web gadgets. At key points in the story, the player also controls Peter Parker (outside of his Spider-Man identity), Mary Jane Watson, and Miles Morales.

More about Marvel's Spider-Man
How to help
Not sure where to start?

Want your community included? See how!